The regulars showed up to play out their rock anthems, but also alot of new faces were about this year. Good to see some young talent about in the form of Shere Khan and Selador Vonnet, but this year was the year of the oldies. 'Trousers' who is a regular air guitar offender took up the challenge and made it all the way to the final to duel against 'Deku Chan'. The combined age of the pair of them was around 80, so no new tricks here but a performance with generations of experience.

Ant Mastia kicked off this round and did quite well but the crowed this year seemed to be loving the air bands and it pushed some of the weaker solo acts out. The likes of Air Force and Weller fell by the wayside early leaving others to pounce on their lack of moves. It almost looked like the contest was stale this year but then Selador Vonnet and Shere Khan stepped up to the plate to get it moving. Then the cobwebs went and so did the half the contestants.

After a short break it was Trousers vs Twanger Joe and the experience was too much for the Twanger and Trousers walked through, but not without Twanger Joe giving the audience a piece of his mind. Brandy Brewer sailed through the quarter final to come up against the Eagle Air Band, who were terrible, but the crowd loved them and they went on through. Fathered by Fritzl were overpowered by Glory and Deku Chan made Axle Wingman look like a has been. The Wingman knew he was beaten but backed Deku Chan to take the title.

Trousers and Eagle Air Band were up first, after 90 seconds the audience was given the vote, but it was a draw. Then another 30 seconds of music... Still a draw, and another 30 seconds and still a draw. But when we all thought hope was gone, Jo from the Eagle Air Band started playing with herself in a desperate attempt to get the crowd on her side, but the audience could see straight through it and Trousers cleaned up. Deku Chan met glory in the other Semi and Glory by this point in the contest had run out of moves and Deku Chan never looked like he was going to run out of moves or energy and Glory made way for our 2nd finalist.

So it was between the well dressed Trousers in his 50's and an Irishman set on world domination in the form of Deku Chan. The 90 Seconds played out, with both contestant gasping for air the audience deliberated and the battle was over, the war won. Trousers lifted the hand of Deku Chan as an early sign of defeat and he was right to do so. Deku Chan worked tirelessly through every round and gave the audience new suprises and mystery moves all the way to the end. It was then to Colin 'Cozza' Fulker to hand Deku Chan the trophy. Cozza who had held the title since 2006 to the present day handed over the trophy and title of UK Air Guitar Champion of 2009 to Deku Chan.

The Provider aka Joshua Willow became the 25th UK Air Guitar Champion.
The Bandit, Guy Thompson was painstakingly close to a 3rd title but the newcomer pipped it. The audience looked favourably on a lad that had the 'have a go' attitude and a profound love of rock music. 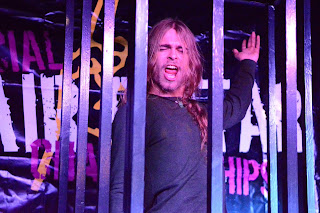 The night was full of the very weird and at times uncomfortable levels of intoxication by most. Fair to say that the Prince Albert lived up to its reputation. 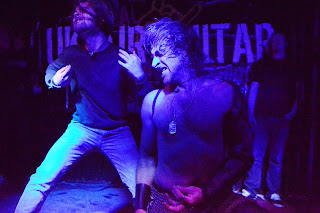 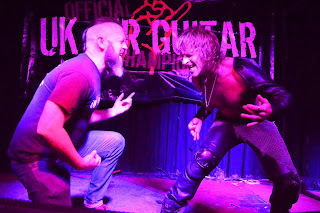 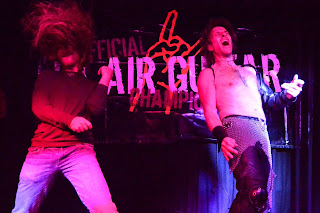 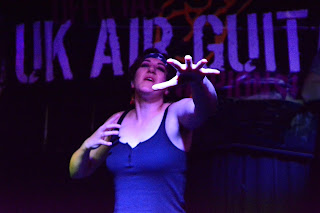 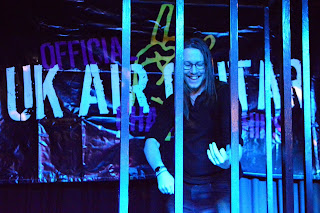 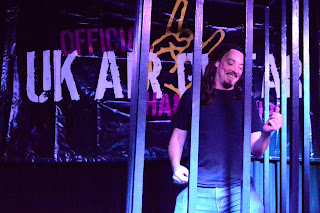 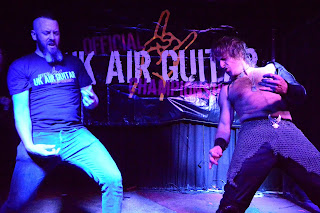